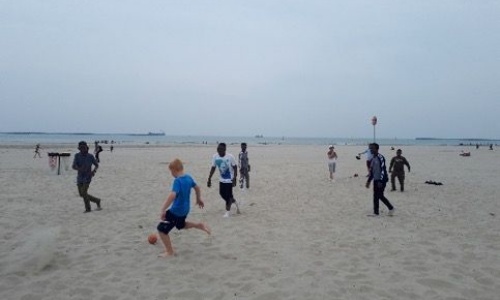 On 20 July, Year 7 went to France to visit the amazing city of Boulogne Sur Mer.

The journey started off at 5.00am in the early morning when one by one students and the teachers started to file in into Hall Place.  At about 5.30 nearly everyone was here and were assigned to a group with a teacher.

The coach went on Euro Tunnel which took about an hour and a half.  After about half an hour everyone looked outside and we were in France!

The coach dropped us off near the entrance to the beach at Nausicaa and we all got into our groups and went to the beach to play and have fun. 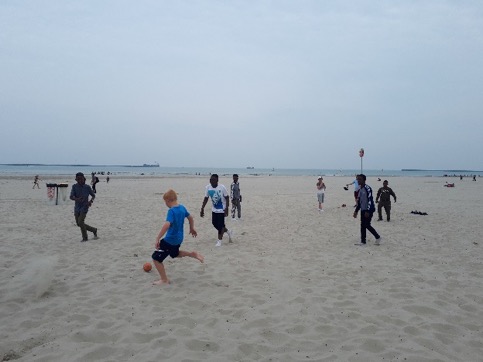 After we had cleaned out the enormous amount of sand in our shoes, trousers and even hair we went down to Nausicaa aquarium.  We then filled out a questionnaire asking about our lifestyle and how much it is effecting global warming.  When we had calculated our score and found out the number of planets that we would have affected we had to share this number.  Most people had one, two or maybe three planets but somehow some individuals got up to six planets!  We then walked around the aquarium looking at the different animals even penguins.  While looking around everyone thought that it would be good to go and watch a short 4D movie about the carbon footprint (global warming) because that is what the whole aquarium was focusing on.

We then went for lunch and walked back to the coach to get ready to go to Cite Europe.  When we got there, we were amazed at the size of it – some evening thinking it was bigger than Bluewater.  We were allowed about two hours in Cite Europe so we all went off in groups to explore all the shops and supermarkets.  Two hours went by very quickly and it was suddenly time to leave so we all got back on the coach and headed for home arriving back at Hall Place shortly after 8.00pm.