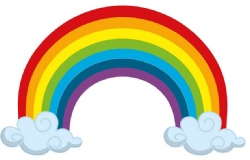 A Message from the Headteacher

We have now reached the end of a school year that, when we came back last September for the start of the Autumn term, and again when we returned for the Spring term in January, we could never in our wildest dreams believed that we would have been in lockdown for weeks followed by schools opening their doors to Year 10 and 12 students whilst the remainder were taught virtually.

We have also missed so many things that were in the school calendar like the production of The Wizard of Oz, that so many students and staff had put so much time and effort into making such a spectacular performance, to Year 8 Camp not taking place – the first time this has happened in 42 years!

I have been really pleased to see how many Year 10 and 12 students have come into school to make use of the limited provision that we have been able to provide – for instance, we have had over 90% of Year 10 students in this week to catch up with their option subjects.

I now have to turn my mind to planning for September 2020 and designing a timetable to enable all year groups to come back to school.  My plan ensures that students will be in school for five days each week and this will be within the normal school working day.  There is some staggering of arrival and departure times to allow for year group ‘bubbles’ and for rooms to be cleaned, but without going into the finer detail, the plan has taken into account: