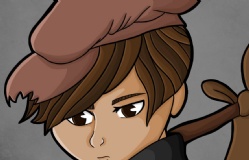 Inspired Through Sport is one of the leading supporters of British athletics in the UK and on Thursday 14 March, Chad Miller, a GB athlete came in to the school.

Chad gave a motivational and inspiring assembly to Year 11 students where he spoke about his career.

Chad also then got involved with the Year 7 and Year 8 sponsored fitness circuit.  Students were sent home with sponsorship forms to help raise money for both Inspired Through Sport and for new sports equipment for the school.  It was great to see lots of money raised as prizes could be won and with the top ballot prize being a PlayStation 4!!  Further details of the winners and prizes will be posted shortly.